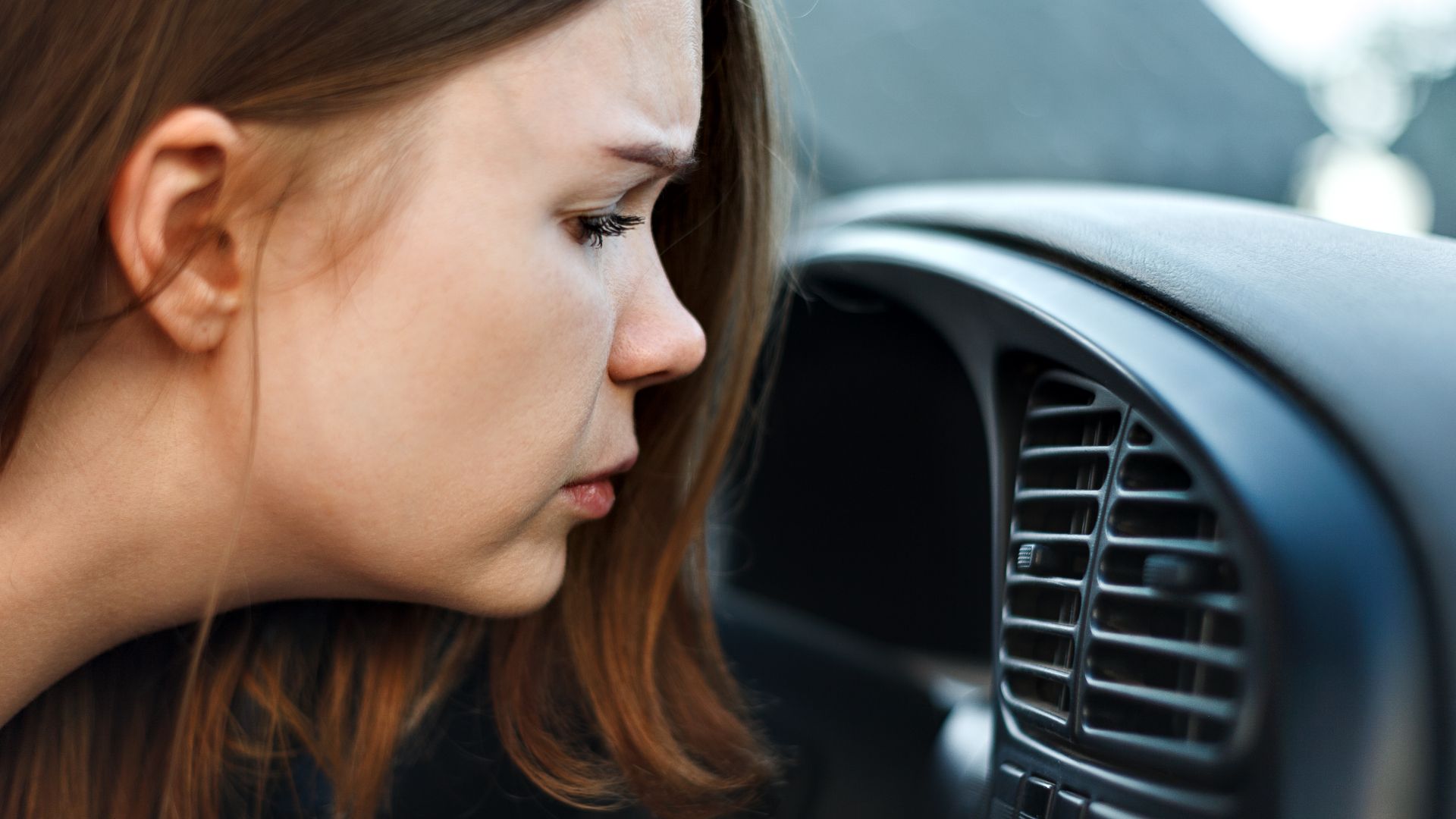 Engine oil leaks are among the most dangerous things that could happen while driving since oil keeps the engine components lubricated. However, if you sense a burning oil smell through the vents, and there’s no leak under the car, things get a bit confusing.

The burning oil smell can’t be mistaken for anything else, and the smartest thing you can do is stop driving until you inspect the problem. Luckily, our team already thought this through, so we’ll give you an idea of what could be the culprit behind the issue.

What causes the burning oil smell?

The most common reason behind a burning oil smell reaching your cabin through the vents is an oil leak. Don’t make a common mistake here – it doesn’t necessarily mean that you’ll see an oil puddle under your car if the oil leaks. Oil leaks are dangerous, since your car might overheat and won’t start if there’s no proper lubrication of the engine’s components.

Instead, there could be a leak somewhere in the engine’s compartment, and if that leak reaches the exhaust pipe or manifold, it will burn out. As the burnout escapes the hood, it will likely get through the fresh air intake below your windshield.

This way, the burning smell gets into your car’s cabin, and contaminants your fresh air. It’s not safe to drive this way since the burning smell usually represents a potential danger to your engine. Also, it’s not healthy to breathe in the air contaminated this way, so you should deal with the problem as soon as possible.

Getting under your car can tell you a lot about the oil leak. If you can see the trace of burned oil on the exhaust pipe, you’ll just confirm the cause. However, the next step is a bit more tricky and that’s finding the exact root of the problem.

Common reasons behind the smell

So, now you know that a burning oil smell coming through the vents is probably caused by oil leaking onto the hot surfaces around the engine. Because of the oil evaporation, it might get difficult to spot the source of the leak. So, here are some of the most common reasons that are likely causing the burning smell:

You should also check your oil level to help you set up a diagnosis. It could make a great difference since sometimes the smell is simply caused by some spilled oil during the change. If that’s the case, the oil will burn away as the engine gets hot and the smell will disappear.

On the other hand, if your car is losing oil, there’s probably a leak somewhere in the system. You can check the oil level by taking out the oil dipstick, wiping it clean, and putting it back into the tube. This will allow you to get a clear oil level reading as you take it out again. If it shows that the oil level is below the “low” mark, it’s time to look for the leak.

Problem with the valve cover gasket

The valve cover gasket is a crucial component of the engine’s hardware as it keeps the oil sealed within the engine. It also protects the cylinder heads from external elements like dirt and debris that might reach the engine’s interior.

So, it serves a dual purpose, and it can get damaged and worn due to high mileage. If the valve cover gasket gets worn, it won’t be able to keep the oil within the engine and it might start escaping. It further causes the oil to dip onto the hot elements and the exhaust manifold or pipe, so it burns out.

That’s why this is the primary reason behind the burnt oil smell coming out from your vents. The fresh air intake absorbs all that smell and pushes it directly into your cabin. Not only is this dangerous due to oil escaping which causes metal-to-metal friction in the engine, but it also lets external particles in.

It can shorten the life span of your engine’s components and cause misfires besides the burnt oil smell in the cabin. You can fix this problem by replacing the gasket, which is relatively inexpensive. It just depends on the accessibility of your particular engine type. If the mechanic needs to take out the air intake system to reach the back cover gasket, the repairs could get more expensive.

If you are changing your engine oil by yourself, there’s always a possibility that some of it got spilled on the side. If the oil drips onto the exhaust manifold, it will burn out the next time you start your car as the engine reaches an operative temperature.

Overfilling can also be a great problem since some oil might drip aside from the tube. However, the bigger problem is increased oil pressure as the oil circulates the system. It will cause higher pressure on the seals and gaskets, and that leads to potential leaks.

So, it’s crucial that you properly change your oil or leave it to a mechanic during regular servicing. Try to remember if you overfilled the oil tube or simply spilled some of it around as it can likely be the cause of the burnt smell.

Your car’s PCV valve serves emission control as it leads away the combustion gases from the oil crankcase into the intake manifold. This helps the engine burn those gases away instead of polluting the atmosphere, but it can also do some damage to the engine.

If the valve goes bad, the gases get trapped and it results in an immense pressure that could pull out the nuts and bolts of the gasket. The oil then gets released into the engine’s compartment and that causes the burning smell. The smell is the least of your problems in this case since it can significantly reduce the lifespan of your engine.

Finally, there’s one more reason that triggers the burning oil smell in your driver’s cabin – leaks on the exhaust pipes and manifold. Any sort of leak near the engine’s compartment can result in oil dripping onto the hot exhaust pipes or manifold.

It will immediately evaporate, making it more difficult to find the source. This is one of the most frequent causes of the burnt oil smell problem along with the valve cover gasket leaks.

In the end, if you sense a burning oil smell through the vents, it’s potentially dangerous both for your engine and for your health. A damaged valve cover gasket could result in debris reaching the pistons and cylinder heads, and damaging the engine.

On top of that, oil leaks prevent proper lubrication of your engine parts, so it’s best to deal with the issue straight away. Hopefully, the list of possible causes from our guide can help you do just that.

Why do I smell oil through my vents?

You smell oil through your vents due to a bad valve cover gasket, leaks onto the exhaust pipes, or a bad PCV valve. It can also be a result of spilled oil during the previous oil change.

Why does my car smell like burning oil but with no leak?

Your car smells like burning oil but with no leak due to oil leaking onto the hot exhaust manifold or other heated parts around the engine, causing the oil to evaporate instead of leaving leak traces.

Can spilled oil harm my engine?

Yes, spilled oil can harm your engine and precisely the serpentine belt, while it’s also a potentially dangerous situation that could cause a fire.

Can too much engine oil cause a burning smell?

Yes, too much engine oil could cause a burning smell in case there’s too much oil pressure which damages the gasket’s seals and bolts, resulting in a leak.