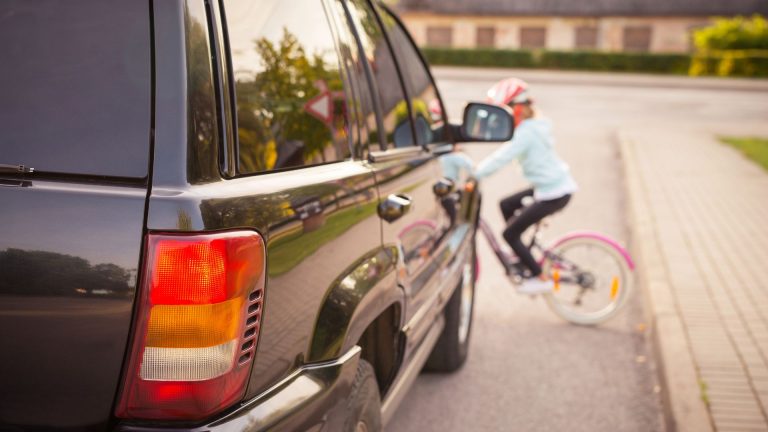 The forward collision warning system scans the road ahead using sensors for obstacles like fixed objects, pedestrians and other vehicles. It measures the distance and speed of the things around you and your vehicle.

Seeing or hearing “FCW system failed” implies that your car’s frontal collision warning system has failed. Your FCW system failure can result from an accident that has forcefully disengaged a part of it or caused it to malfunction.

In other cases, extreme heat and the environment is the primary cause of FCW malfunctions. If the former is the case, you need to check yourself in the hospital as you could be badly hurt without knowing.

This article defines the workings of the FCW system, what causes it to fail and what you should do after it fails.

What is the FCW system?

The forward collision warning system detects the position and movement of objects ahead of your vehicle to warn you of imminent collisions. They use radar, cameras or lasers to scan the road while you are driving so they can detect objects in time.

The system uses beeps, seat vibrations, lights, or a combination of all three to warn you of an impending collision. For extra security, some systems pre-charge the brakes and tighten the seatbelts to make it easier for you to stop as soon as possible.

The FCW warning system usually works with safety technologies like automated energy braking. After detecting a potential collision, the safety technology is triggered into operation with the brakes urgently engaged to avoid or stop the collision. It is not a fool-proof guarantee that you won’t crash, but it reduces the severity of the crash.

How effective is the FCW system?

The FCW system has been proven to lessen rear-end collisions by 27%. This percentage is more diminutive in newer vehicles, where it is paired with the automatic emergency braking system.

As a driver, you are responsible for your driving. Nonetheless, the FCW warning system and your safety system jolt you back to reality while behind the wheel if you are having a bad day or trouble concentrating. They do not cause you to avoid accidents altogether, but they try to lessen their severity and ensure you get less harm than you should have without the alert and emergency brakes.

How do I turn off the FCW system?

There are times you would be better off with the FCW system switched off as they would tend to generate false warnings based on the activity in that area. For example, if you drive through an area with plenty of animals or children moving around and crossing, your FCW system may be inconvenient.

To turn off your FCW system, press and hold the button on the steering wheel for a few seconds. You will hear a beep sound in less than three seconds, after which the FCW indicator will go off.

Why is my FCW system failing?

There are a few reasons why your FCW system is failing. The common ones are:

The FCW system thrives on sensors to do what they do. Most of the time, these sensors do not work well in certain conditions like driving inside a tunnel or through fog.

You may not need elaborate repairs when your FCW system fails for bad weather, as a reset can solve the problem. Park your engine and wait for about 10 to 20 minutes before restarting the engine. The system should be reset by then, and the FCW system failure message should be gone.

Scorching weather and internal heat from the car can mess with the FCW sensors’ abilities, causing them to fail. In this case, simply turning on the AC can help it work again. In sweltering weather, finding shady places to park your vehicle would help incredibly avoid this problem.

Like many other technologies in a car, the FCW system is controlled by software. This software needs periodic updates and risks getting polluted by a bug.

Continuous usage induces wear in every part of a vehicle. The FCW system is not exempted from the effects of wear and tear after continuous use. As such, performing thorough routine maintenance and servicing is essential so you can identify problems early and deal with them before they become a major issue.

When your car undergoes physical damage, the sensors can get affected and stop working as they ought to. The damage to the FCW system depends on the severity of the physical injury. More often, the damage comes from accidents.

If you ever get into an accident, no matter how minor, it is advised that you have your mechanic examine the FCW system for you in case there is damage to the sensors.

Sometimes, the problem with your sensors could be a covering of dirt, mud or thick dust. They will only work correctly once this dirt is removed. This issue of dirt on sensors mainly affects drivers on long-distance journeys who may not have time or see stations to clean their car before they reach their destination.

A poorly done windshield replacement can affect the FCW camera or sensors placed at the front of the vehicle.

Aftermarket accessories are notorious for their side effects. Most aftermarket accessories that are placed at the front of the vehicle, like camcorders and headlights, can cause the FCW system to malfunction. Removing them could be all you need to do to get your FCW working correctly again.

How do I know my FCW system has failed without a collision?

When your FCW system detects a problem, it will display an error message on your screen to alert you.

The alert message does not necessarily appear only when there has been a collision. It appears when there is any problem with the system, ranging from difficulties associated with bugs and outdated updates to damaged sensors.

Can I drive with a failed FCW system?

The FCW system has no direct influence on driving. It is only a warning technology, meaning you can go fine without it.

However, if you are used to driving with it, you must be careful when it fails. For those vehicles that have a direct connection between the FCW system and emergency brake system, you may need to disable it when it’s malfunctioning so you can drive appropriately without messing up with your brake system.

Is it dangerous to drive with a failed FCW system?

The purpose of the FCW system is to keep you alert of any impending collision. If you are a careful and focused driver, driving without the FCW system should be fine.

However, for drivers swarmed with many things all at once or constantly in a hurry, driving without the FCW system can be dangerous as they would not have the extra warning and safety that comes with it. The possibility of getting involved in an accident increases. Therefore, drivers are advised to be extra cautious when driving around with a failed FCW to ensure they do not get involved in accidents that can cost them their life.

How much does it cost to repair a failed FCW system?

The cost of repairing the FCW system depends on the problem it has. If the issues are simple, like dirty cameras and sensors, you may spend about $75. More serious issues like a faulty ABS modulator or bad VSA module can cost up to $1500 or more.

The FCW system is a valuable technology that can save you when you least expect it. As such, you should always endeavor to keep it in good condition.

Weather and dirt are the FCW system’s biggest problems, but some cleaning and resetting are sufficient to treat such problems. The more intense issues the FCW system can have primarily stemmed from wear, accidents and software issues. Provided you get into accidents infrequently, cultivating a regular maintenance schedule will help you avoid situations where you will have to pay up to $1000 in repairs.

How do you fix FCW failure?

When you notice the FCW system error notification, the first step you should take is to park the vehicle in a safe place. Switch off the engine and wait for about 10-20 minutes to allow the system reset before restarting it. If, after resetting it, the notification is still there, take it to your auto mechanic to check and proffer a solution to the problem.

What does the FCW warning light mean?

The FCW warning light indicates a problem with the FCW system, which may cause it to malfunction or fail. Sometimes, resetting the system may be enough to eliminate the warning light. When this fails, you will need to have your mechanic access the situation with a professional eye.

Where is the FCW sensor located?

The FCW sensor is located in front of the vehicle, where it can quickly scan, collect and analyze data to recognize an impending collision. The exact location varies with the car and can sometimes be placed behind the windshield, grill, or front bumper.

Can I drive with the FCW system failing?

You can drive with a failed FCW system. You would only have to be more cautious as the technology would not be online to help you avoid colliding with obstacles.