What color of cars gets pulled over the most? 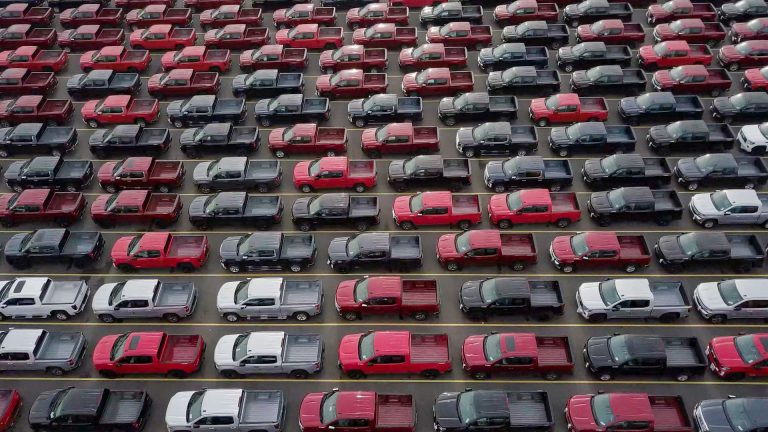 Have you ever wondered why your car gets pulled over often? Could it be because of your driving habits, or does your car color have a hand in it? Having a policeman ask you to pull over is often not a pleasant ordeal. For most people, getting pulled over is mental torture due to fear of punishment.

We’ve heard many myths surrounding the use of cars, and some people’s beliefs about vehicles are based on social habits, perspectives, and statistics. Colors also have a place in people’s beliefs. Most people believe that the color of a car influences the driver’s luck in some way. People noticed that cars with certain colors were pulled over more than others. The ultimate question is – what color of cars gets pulled over the most?

Well, it might surprise you to know that cars with white color often get pulled over the most. Statistics prove this fact, but there’s a twist to it. White cars get pulled over more because there are more white cars on the road than any other color. This article will address common misconceptions about car colors and educate you on how to pick your car color with safety in mind.

The police might seem to target certain cars, but this has nothing to do with their color. Studies show that certain age groups and people use specific models of cars. For example, young and middle-aged adults driving foreign vehicles are often police targets because of a prevalent habit of speeding and alcohol abuse.

In the end, it all boils down to doing the right thing. If you keep to the rules, you will not be pulled over, no matter your age, car color, or model.

Do bright color cars get pulled over more?

Bright colored cars get pulled over more; with white and red getting the highest number of pull-overs.

Black is not a preferred color for cars for many people because of its hue. In the dark, they blend well with the environment, increasing the chances of accidents, and they show every dirt and dent in detail. Due to this, most drivers avoid using black color for their cars for personal safety reasons. However, black is an excellent option for cruise cars and adds warmth during winter. 19% of vehicles in the world are black.

Why do many drivers pick white?

You might be wondering why many drivers pick the color white. Asides from personal preferences, some popular reasons are as follows:

The bright color is excellent at minimizing the appearance of scratches, especially on sunny days. For that reason, many drivers prefer the color white since they would not have to worry much about ugly looks from minor dents and scratches.

White-colored cars are fantastic for the summer months

White color does not attract heat, unlike dark colors like black and deep blue. Heat repulsion is a desirable quality in the summer as the driver gets more comfort and less heat. Dark colors trap sun rays more and can make your car uncomfortable in the summer.

White cars are safer in the dark

White is one color that always stands out anytime. It is handy in the dark. Studies have shown that it is the safest color as it has less chance of getting into accidents.

The reason is that the color white is more visible on the road. Drivers can easily spot a white car from a distance, especially at night, helping keep accidents at a minimum. It may be somewhat hard to see in the snow, but the little color variations from the headlights should be enough to give it away.

It is easy to keep white cars clean in the winter

Snow on dark-colored cars shows off fine since they are two contrasting colors. White, however, does a good job blending with the color of snow on it. Consequently, white cars do not require as much effort for cleaning as dark vehicles do in the winter.

The color white is a blank canvas; anything can be done to it and still look very good. You can add designs of any color, work with any color for the interior and even change the car’s color without much stress. Trying that with a black car is a different ball game.

Moreover, the value of white cars in the ‘used’ market is higher than in other car colors. Also, manufacturers use white for most of their production vehicles.

White cars are seen as peaceful

White is a color widely interpreted as peaceful. The result of this on human psychology is a soothing of the driver’s brain (involuntarily) whenever they see and ride their car. Asides from widespread belief, the other reasons in this article also lend a hand to this peaceful feeling.

What color car gets stolen the most?

Car colors that are often stolen are those which blend in with the crowd. Bright-colored cars are easily spotted, and manufacturers usually use them to show their recent technologies, including anti-theft systems. Therefore, thieves avoid them.

Colors that are popular and go unnoticed, like white, gray, and silver, are stolen more than any other car color. Surprisingly though, green-colored cars top the chart for most stolen color. They are easy to load, do not take much attention, and have a good market value.

What color car is the safest?

The safest color of a car is white, and it has less tendency of getting accidents. With excellent anti-theft technology or car alarm, it becomes unattractive to thieves. Since it gets into fewer accidents, it saves you money too.

What color car has the most accidents?

While new car technologies include many safety features, you should also consider the car’s color during purchase. The color of a car is closely linked to the risk of an accident by collision.

According to statistical reports from Money Super Market, black color cars suffer from collisions and crashes more than any other car color by 47%. The logic behind this is that black easily blends with its surroundings, especially in the dark, making it hard for motorists to spot it on time before an accident occurs.

Gray and silver vehicles follow closely behind black for accidents for the same reason. Contrasting colors like white, yellow-orange, and gold have fewer risks of accidents since they are distinct colors and stand out from the landscape and surroundings.

What color of car should I get?

Your choice of color should depend on many factors, including location and safety before personal color preference.

Dark colored shades in hot countries like Senegal and Qatar are a terrible idea because dark colors trap heat. Avid night travelers should also avoid black as it puts them at risk of collisions. For areas with a high case of car theft, you should consider colors that are easy to identify, like gold and orange.

White is excellent for safety reasons. But if you want a white color different from the popular color on the road, you can try shades like glacial white, bone white, artic white, vanilla milkshake, gold dust, shaved white, snow blush, Blizzard beach, amethyst frost, and others. There are other bright colors you can pick, too, that will leave a good impression.

Color is not a prerequisite for a car being pulled over by the police. Bad driving habits like over-speeding, answering phone calls while on the wheel, and not wearing a seatbelt get a vehicle pulled over.

Nonetheless, the car color pulled over is the popular one (white) because most people use it for safety reasons and can commit a foul while using it. Keeping a white car should not be a problem if you are law-abiding. Even so, if you wish to be more adventurous, there are a lot of other safe colors you can choose.

What color of cars gets pulled over the most in 2022?

No, the police do not target cars based on color or brand. The driver is the police’s target, and bad driving habits will make you a police target.

What color car gets less tickets?

Cars with rare colors like gold, orange, turquoise, and yellow get fewer tickets than cars with popular colors. This is because, unlike other popular colors, these rare colors are one in a million, reducing the probability of getting pulled over.

Do black cars get pulled over more?