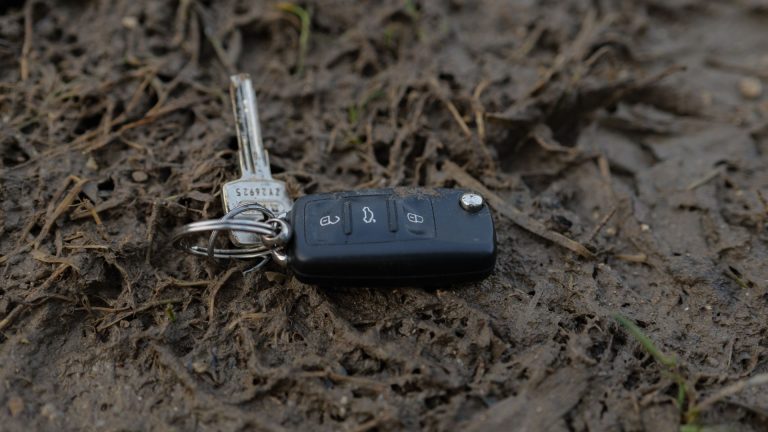 Losing your car keys has to be one of the most annoying things ever. As car and key technology improves, losing your keys has become an even bigger pain. Most modern vehicles like Ford models have anti-theft security systems connected to the keys. If you ever lose your Ford key, your biggest worry would be how to bypass Ford’s PATS without a key.

Unlike a traditional key or a key fob, transponder keys are highly technical. If you lost a traditional key, you could call a locksmith to help fix the lock. Key fobs are readily available on the aftermarket. However, these keys make your car susceptible to theft attacks. To fix the problem of car theft, auto manufacturers are using smart keys and transponder keys for their vehicles.

Transponder keys are ignition keys with an embedded computer chip. The working mechanism of transponder keys uses a wireless connection between the key and the ignition. If you lose your transponder keys, you can’t just go and get a new one. You’d have to tow your car, preferably to the dealership.

To get a new transponder key, you must show proof of ownership. Then, the dealer has to program your new key and connect it to your car. As you may know, this process can take up to two days. If you don’t want to go through this hassle, you can bypass Ford’s PATS without a key. Here’s how to do it.

What is Ford’s PATS system?

Car manufacturers now use specific anti-theft systems in their cars. PATS (Passive Anti-theft System), also known as SecuriLock is Ford’s security system. Ford started using the system in 1996, and since then, they’ve made many improvements.

The Ford PATS system uses engine immobilizer technology. Ford cars with the PATS system are safe from hot wiring. Some countries, such as Germany, the UK, Australia, Canada, and Finland, have laws mandating carmakers to use immobilizer systems.

How does Ford’s PATS system work?

Ford’s PATS system uses a straightforward concept to work. To start, Ford vehicles with the PATS anti-theft system have a transponder behind the steering column. A transponder is a device that receives radio frequency signals and transmits signals.

Is there a way to bypass Ford’s theft system?

Yes, there is a way to bypass Ford’s theft system. Now, it’s essential to know that the Ford PATS system connects to the car’s Engine Control Module (ECM). If not done correctly, you can damage some electronics.

If you’re trying to bypass the Ford theft system, know it’s temporary. Once you bypass the protective system, your car becomes an easy catch for thieves. Also, you need to understand the system properly.

How do you bypass the Ford theft system?

However, Ford has moved to add more advanced technology to their theft system. Early this year, Ford announced they had teamed up with ADT to produce the ‘Canopy.’

The Canopy is a monitoring anti-theft device that identifies threats made to a car. ADT’s Canopy system will send reports of threats to the driver’s phone. With advanced technology, the system can detect suspicious movements of people around the vehicle.

The canopy consists of technology such as acoustic sensors, radar, LTE, GPS, and a camera. The anti-theft system hasn’t made it, and Ford models yet, but Ford will likely use it someday.

How do you bypass the passive anti-theft system?

If you lost your keys or your vehicle isn’t responding to the transponder key, you might want to try bypassing the system. However, this bypass is not permanent. You still have to get proper keys.

What you need to bypass Ford’s PATS

To bypass Ford’s passive anti-theft system, you need tools such as:

Now, let’s get into how to bypass Ford’s passive anti-theft system (PATS).

Can you bypass the Ford passive anti-theft system without a key?

No, you can’t. Ford’s PATS system prevents anyone from starting the vehicle without a transponder key.

If you don’t have the original transponder or chip, you have to call your dealership for assistance. You can also buy a new transponder key and program it. However, the PATS II system only allows you to program a new key if you have an original key.

Without two transponder keys (both the old and new ones), you can’t program a transponder by yourself. You can go to the dealership, and they’ll assist you in programming the new key.

If you want to program the new key yourself, you can buy a key programming machine.

How do I disable my transponder without a key?

If you have a transponder chip key, you can easily disable your transponder. The process can take as little as 20-25 minutes. If you don’t have the transponder key, you’ll have to follow a more tricky process.

To disable your transponder with a key, you can follow the steps below:

What if you don’t have a key and still want to disable your transponder?

You can get a transponder bypass kit or a bypass module at mechanic retail shops. These kits are affordable. Depending on the brand, you can spend between $10-$20.

Also, some bypass kits and modules require you to have a spare key. Make sure the one you buy doesn’t need a spare key to work.

The first pro of bypassing the Ford PATS system is that it saves money. If you don’t want to spend money on a new key, you can just easily bypass the system.

Bypassing the PATS system is a quick solution if you’ve lost your key. The entire process is quite simple, and you can do it in a very short time.

In the end, bypassing the PATS system is just a temporary fix. You’ll still have to get a more permanent solution. When you bypass Ford’s security system, your car becomes vulnerable to theft.

Although the process is tricky, you can bypass Ford’s PATS system without a key. You can also disable your transponder without a key. The passive anti-theft system protects your car, and once you bypass it, your vehicle becomes a sitting duck waiting for thieves. In addition, bypassing the security system is only a temporary solution to your problem.