Can you drive by yourself with a permit? 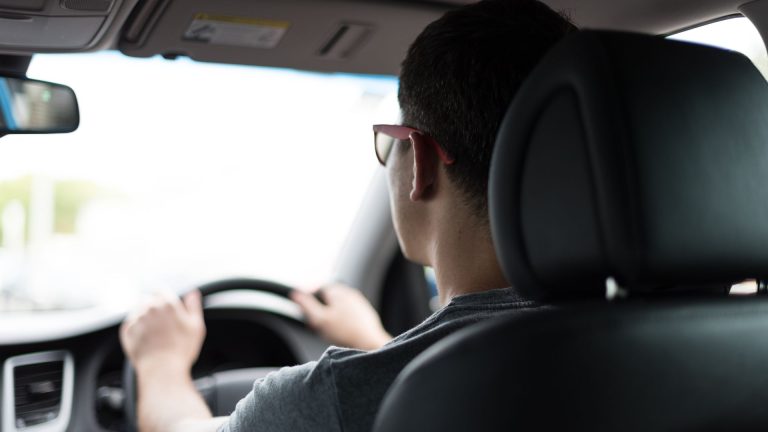 In the U.S., a lot of young people have the opportunity to drive with a permit before attempting to earn their license. Although there are some differences to be aware of, the laws typically follow a similar pattern and are typically the same in all 50 states. So, can you drive by yourself with a learner’s permit?

Generally, you are not permitted to drive by yourself while you hold a learner’s permit, and you must have a driver’s license-holding passenger in your vehicle who is at least 21 years old. Additionally, this individual needs to have the right to drive the kind of car you are driving.

What is a learner’s permit?

A learner’s permit often referred to as an instructional permit in some states, is a document that gives the holder a limited amount of driving rights.

You can apply for a complete driver’s license after having a learner’s permit for a specified period. Your driving options increase with a full license.

Teenage drivers can obtain a license under a graded licensing system in all 50 states and Washington, D.C. While each state has its regulations, most states employ a learner’s permit system as the first step to obtaining a full driver’s license.

When can you drive alone with a permit?

When driving with a permit, most states mandate that you have a licensed driver at least 21 years old in the passenger seat. They could restrict the number of passengers and their ages in the car while you’re driving.

The first step in obtaining a driver’s license and independent driving is to get a learner’s permit. That being said, having a permit alone does not allow you to drive.

In reality, other than in extreme, life-threatening situations, no state permits you to drive alone with just a permit. Despite having a permit, you must always be accompanied by an adult when driving. But several states allow exceptions to this law. In California and other jurisdictions, minors are permitted to drive on their own with a learner’s permit when they have a medical emergency and no other safe means of transportation. You might also be allowed to drive by yourself to places like school, jobs, authorized school activities, and your relatives.

Your state will determine the consequences for operating a vehicle alone while possessing a permit, although you will likely have to wait even longer to get your license. Furthermore, your auto insurance rates will go up if you have an accident while driving alone.

What happens if you get caught driving alone with a learner’s permit?

Driving with only a permit is illegal, and if you are caught, you might be fined, get a moving violation on your record, and have your car seized.

The repercussions of any citation or warning issued if you are stopped while using a learner’s permit while driving may vary depending on the state where the stop took place and the reason the stop was made. Some stops are made for relatively minor offenses that call for a warning.

If you have a learner’s permit, the consequences may be more severe for more significant offenses: you may be subject to a fine, a ticket, permit limitations, or, in some circumstances, permit suspension, or some restrictions, for instance;

A learner’s permit holder is often required to ride in the vehicle’s front seat with a passenger at least 21 years old. If you are pulled over and you are using a permit alone to drive, you risk punishment.

In some states, a learner’s permit holder is also limited in how many passengers they can transport. These drivers can also have curfews that restrict them from driving after midnight. A booking or ticket citation may be issued if you drive at night without a qualifying adult in the front seat or past your curfew.

For instance, in Maryland, you must hold a learner’s permit for nine months before applying for a driver’s license; if you receive a moving violation, your nine-month countdown is reset, even if you are almost done.

Several states employ a point system to keep track of traffic violations. How many points are recorded against your driving record depends on the sort of ticket you receive. Before requesting a standard driver’s license in Florida, a learner’s permit holder must wait 12 months without receiving any points.

However, if you receive a ticket in Florida, you must complete a four-hour driver improvement course to have the points taken off your record. If you accrue six points on your record, additional limitations, such as the ability to only drive for business, will be added. These things can pile up very fast, and simply exceeding the speed limit by 15 miles will add four extra points to your record.

In other words, if you get pulled over while driving with a learner’s permit more than once, you can have your driving privileges further restricted or even lose your permit.

Every state has graded licensing, which implies that getting a driver’s license involves a number of steps.

First, a learner’s permit enables inexperienced drivers to practice driving with a licensed adult to acquire safe driving techniques. Each state has distinct requirements for getting a permit; however, most states need a written knowledge test to ensure the new driver is familiar with the traffic laws.

After completing a driving test and depending on the driver’s age, a restricted license is granted. Young drivers are subject to restrictions on when they can drive and how many passengers they can carry. Once more, the restrictions apply only for a specific period.

Some states allow drivers older than 18 to skip this process and obtain a standard license.

Once all restrictions expire, a driver’s license is finally granted. The only need for drivers now is to renew their licenses on schedule.

You could need a permit before a license depending on your state and age. Although drivers must pass the permit tests, several states allow drivers to apply for a permit and take the licensing test on the same day. In several states, drivers must maintain their permits on file for a set period.

Even if you have an adult permit, you can only drive with others. Before receiving your license, if you are caught driving without a certified driver in the front passenger seat, you may receive a ticket or be fined.

One of the things that most teenagers desire to be able to accomplish is to be able to drive themselves to school. While a driving permit prevents you from operating a vehicle by yourself, it is your ticket to getting a driver’s license, which will eventually give you the freedom to drive a car by yourself as long as you abide by all rules and regulations.

To avoid penalties, retain your insurance coverage, and ensure the safety of other motorists and yourself, become familiar with your state’s regulations on driving while in possession of a permit.

Can I drive myself around with a permit?

How does a learner permit affect car insurance?

Most insurance contracts stipulate that the policyholder must inform their auto insurance company of any household members with driver’s licenses.

According to the New York State Insurance Department, an insurer can consider all resident drivers of an insured vehicle when evaluating an auto insurance policy, including a child who only has a learner’s permit.